There's a fire on Christmas Eve! Evacuate. Memories of a Childhood Christmas.

Although I grew up in London, my childhood Christmases were usually spent at our house in Berkshire. The house was on a farm, which we rented from a local landowner and in the winter there were cows mooching around in shit in a depressing pen. In the summer, we would play under the weeping willow tree in the garden and always, without fail, whatever the season, we would act out Cinderella and make the adults watch it over and over again. My friend Pandora would be Cinderella and I would be the handsome Prince. I didn't mind the role, in fact I was a tomboy and enjoyed it. My only downfall was once being asked to be the 'stick' in a dramatisation of Pooh-sticks.

My grandmother (who usually joined us at Christmas) was like a fairy godmother from a children’s story; we all loved her because she was able to do magic. We would choose somewhere to find a little trinket, then she would shut her eyes and say some weird and wonderful words and miraculously we would run off to our chosen site and the prize would be there  (I still don’t know how she did it)

On Christmas Eve, we would leave milk for the reindeers and a glass of whisky and some biscuits for Father Christmas in front of the fire. The next day we woke extremely early of course, to delve into our stockings. There are lots of Christmas Day photographs of me looking shattered, with huge grey bags under my eyes.  In one set of photos, aged about seven, I look particularly haggard, like a tiny junkie. That year, the  grownups had forgotten to put the fireguard in front of the fire as they staggered to bed on Christmas Eve, and the embers must gone awry, because in the middle of the night, my slightly ditzy aunt woke up my grandmother and said she smelt smoke.

We were woken up by the adults and evacuated outside and told to look up to the sky to see if we could see Father Christmas arriving. It was thrilling and exciting to be outside in the middle of the night on Christmas Eve. The fire turned out to be manageable, no fire engines arrived and we all went back to bed.

The next day, Christmas carried on as usual, the only reminder of what had happened the night before was the singed fire surround. We pulled crackers, opened presents,  told terrible jokes, dug out silver trinkets from the Christmas pudding, put on silly hats, watched television, played with our new presents and then felt depressed when it all came to an end.

When I think about Christmas,  I still think about escaping somehow, getting out of the city, and away from real life. Certainly in London, there is far too much traffic over the festive period. London feels blocked and overwhelmed, exactly like I feel. Thank God for online shopping. Christmas is like a fiction anyway, an overblown day of abundance: too much food, too many presents, too many good choices on TV, too many hours being in the company of certain members of our families  whom we never see the rest of the year, There is a sudden visit to Church, a flurry of carols and hopefully some reflection. I'd like to think Christmas was about giving, sharing, forgiving, reflecting and reunions as well as presents, parties and champagne.

I like the idea of being away in a cottage with a roaring fire and a windswept beach.  There would be endless games of scrabble, a few good carols, a short walk into the garden to collect some logs, a long walk along a beach to good pub. Yes bring me a country Christmas every time or failing that a Caribbean or a mountain Christmas will do. 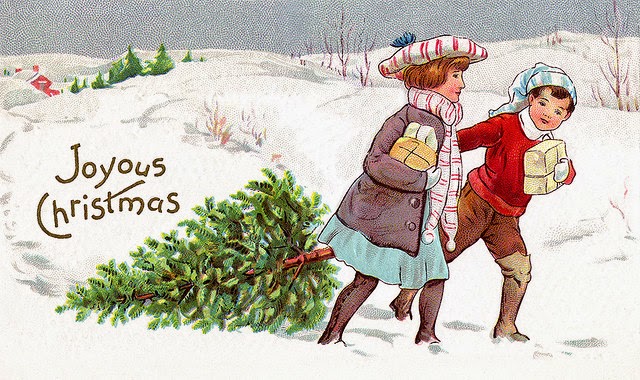