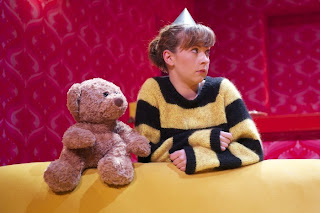 If you have a few minutes spare you could do this movie survey which takes a few minutes and is fun. It's from  a site that sells all sorts of movies, including cult films. It asks all sorts of multiple choice questions like what was your favourite film of 2010 and   what was the scariest movie  out of a choice including the Omen? I couldn't watch The Omen after the scene in which the nanny jumps out of the window and I've never been able to watch the Exorcist.  What was sad though, was the question how many times do you go to the cinema? I never go to any movies any more unless it's a children's movie. Before we had children we used to go to the cinema at least once a week - now never.

My top two films are Days of Heaven with Richard Gere and Sam Sheperd and Fanny and Alexander by Ingmar Bergman. What are yours?
at December 01, 2010 1 comment: